The central position of heterogeneous catalysis in the chemical industry makes it the enabling technology for a sustainable society. Rational catalyst design requires understanding of the structure of the catalyst in its working state. Such understanding is made possible by in situ and operando characterization. Such tools are now central to the majority of current scientific catalysis literature and research. The wealth of new insights that these methods provide into catalysis has, at the same time, created numerous strong controversies and often studies on the same catalytic system have reported contradictory results.

Copper-zinc-alumina (CZA) catalysts are the industrially-used formulation for methanol synthesis from carbon monoxide and carbon dioxide. The superior performance develops from synergies between its components. This important catalytic system has been intensively investigated, however, no comprehensive agreement has emerged as to the fundamental source of its high activity. One potential source of the disagreements is the considerable variation in pressure used in studies to understand a process that is industrially performed at pressures above 20 bar. Here, a systematic X-ray absorption spectroscopy study of the catalyst state during temperature-programmed reduction and under carbon dioxide hydrogenation is presented. The evolution of the catalyst over four orders of magnitude in pressure (1 mbar – 10 bar) shows how the state is defined by its environment [1].  In the light of the new systematic findings, existing controversies on the copper-zinc-alumina catalysts can be explained by considering the pressure regimes under which many previous studies have been conducted. As pressure gaps are a general problem in catalysis, these observations have wide-ranging ramifications. 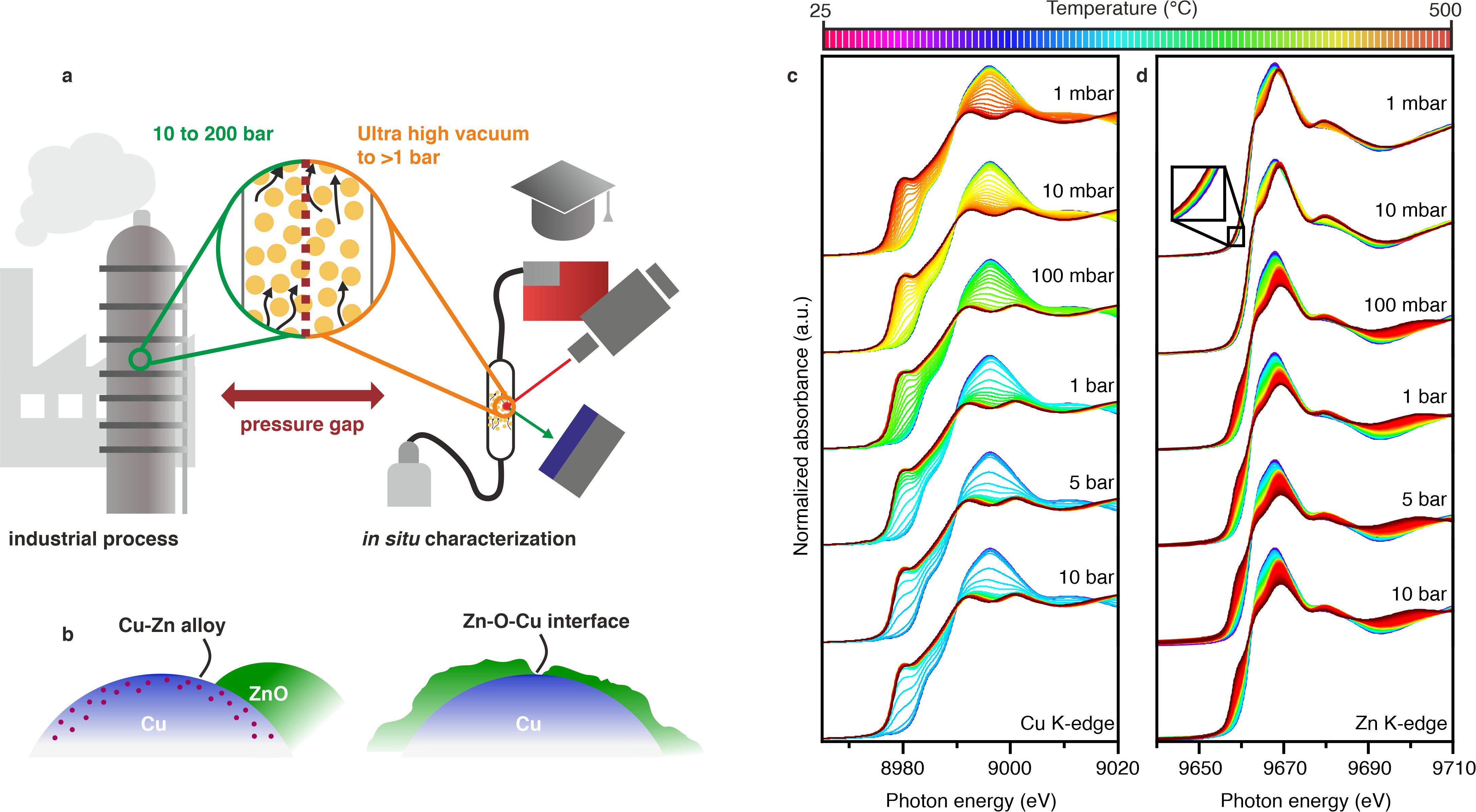 Figure 1: (a) The pressure gap existing between research and industrial conditions. (b) Proposals for the active site of copper-zinc catalysts.(c, d) XANES obtained during reduction.