Intersystem crossing reactions involving the transition between electronic states of different spin are as essential as they are ubiquitous in nature. However, while within the last two decades multiple highly accurate spectroscopic methods have emerged that allow for time-resolved imaging of such reactions, their correct theoretical description still poses a major challenge. This fact often manifests itself in widely varying results for even the simplest molecular systems casting doubt on the validity of the underlying theory.

In a study of thiophosgene, a molecule that has drawn much attention from both experimentalists and theoreticians, we employed our recently extended golden-rule instanton theory[1] in conjunction with on-the-fly multiconfigurational electronic structure calculations in order to describe the occurring spin transition. It has been shown that heavy-atom quantum tunnelling speeds up the intersystem crossing by multiple orders of magnitude even at room temperature. The theory does not only provide results in excellent agreement with experiment, but, as opposed to methods based on wavefunction overlaps, also allows for direct and easily accessible insight into the reaction mechanism by locating the ''ideal tunnelling pathway'' or instanton. The trajectory on the product surface thereby travels at negative temperature or alternatively in negative imaginary time leading to an interpretation equivalent to that of particle-antiparticle annihilation. A substantial change in the reaction pathway of thiophosgene at low energies due to strong corner cutting reveals why previous one-dimensional tunnelling studies of the molecule were unable to capture the full picture of this reaction[2].

The generality and computational efficiency of the theory enables to describe nuclear tunnelling effects not only in spin transitions but also in electron-transfer reactions, light-matter interactions, electrochemistry and many other fields even for larger compounds relevant for example in organic synthesis as depicted in Figure 1. 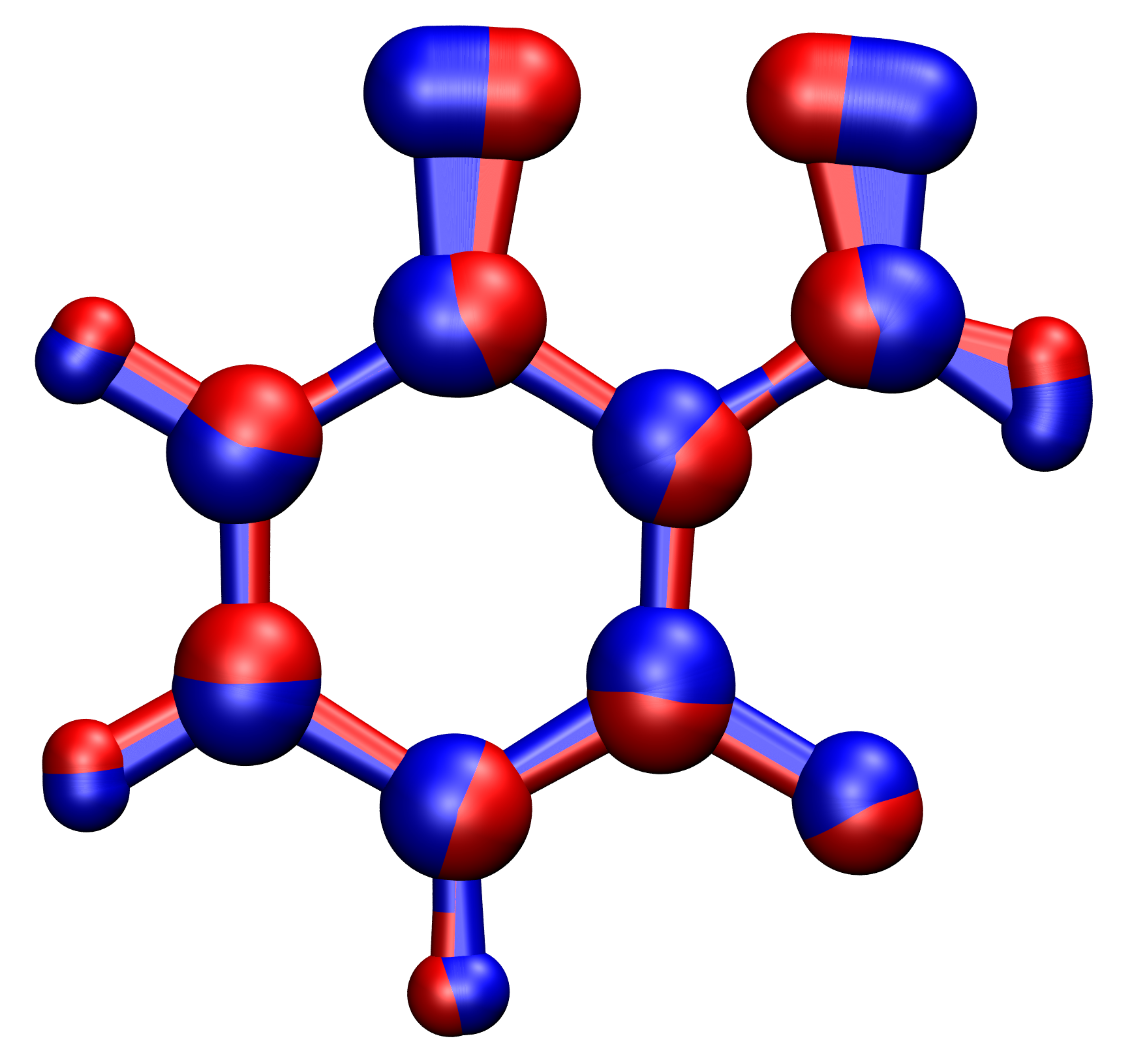 Figure 1: Instanton pathway for the cyclization of a triplet-phenylnitrene to a singlet-benzisoxazole at 50 K. The degree of delocalization indicates the amount of tunnelling the atoms undergo. The trajectories on the triplet and singlet surface are indicated in blue and red respectively.