Carbon–carbon bonds are among the most abundant yet least reactive chemical bonds in organic molecules. The selective and mild activation of these bonds is an unmet challenge that offers great potential to break down and reorganize small molecules and polymers without the need for the tedious and challenging installation of functional groups. While progress has been made in the activation of strained cyclic and unstrained molecules with directing groups, methods that tolerate unbiased molecules are highly desirable. Here, we describe a catalytic transfer hydroarylation to interconvert alcohols and ketones by merging C–C bond activation with shuttle catalysis. 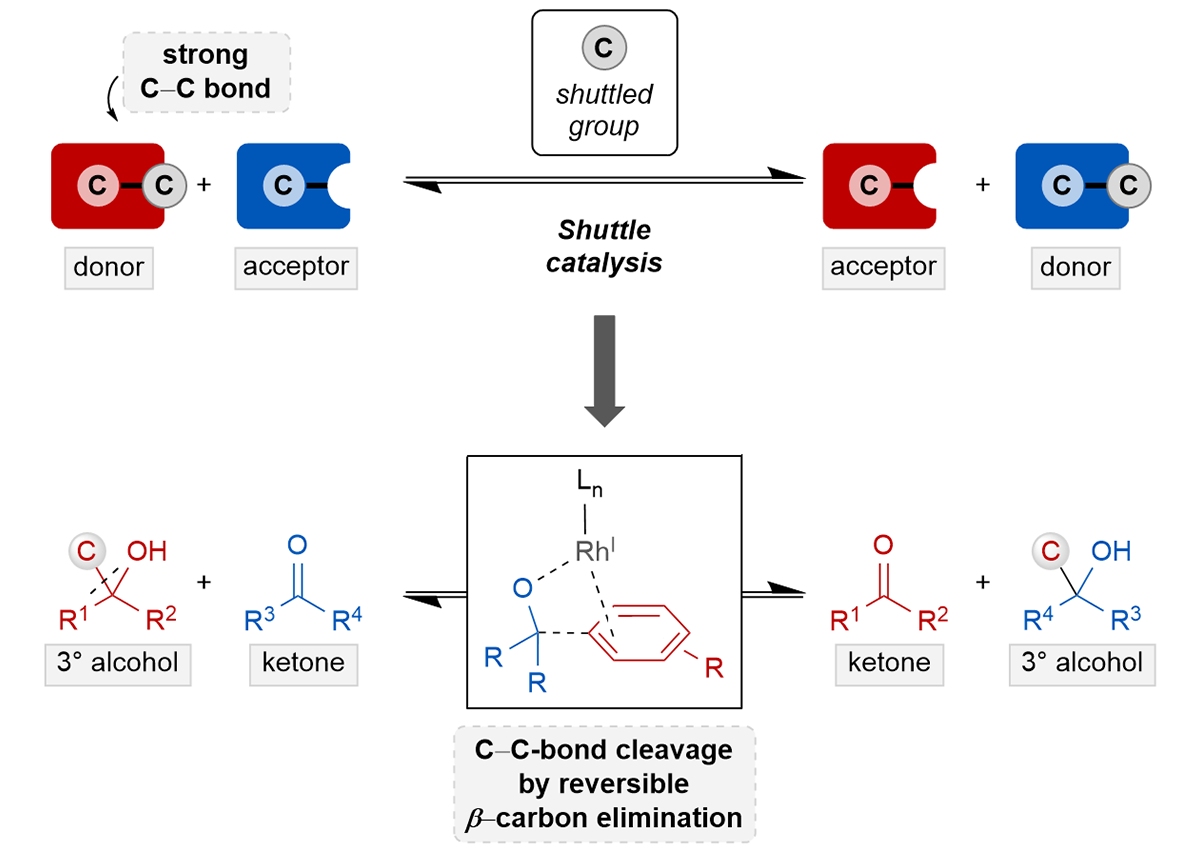 Using this method, alcohols serve as benign alternative to stoichiometric and highly reactive organometallic reagents to transfer aryl moieties to ketones. The method exhibits high chemoselectivity and tolerates functional groups that are vulnerable to traditional nucleophilic reagents (Grignard and organolithium compounds). Preliminary mechanistic experiments support a reversible β‑carbon elimination/insertion mechanism. The work described herein represents a step toward valorizing renewable alcohols and paves the way to develop a platform for the creative manipulation of tertiary alcohols in catalysis.