The thermocatalytic conversion of carbon dioxide and hydrogen into methanol is regarded as an attractive approach to combat climate change while producing a valuable energy carrier. Although carbon monoxide will comprise up to half of the carbon feedstock, depending on CO2 origin and process configuration, the impact of CO on CO2-to-methanol catalysts has been scarcely investigated.[1-3] Herein, Cu-based catalysts, ZnO-ZrO2, and In2O3-based systems were assessed in cycle experiments with hybrid CO2-CO feeds and their CO sensitivity compared (Fig. 1). All catalysts were promoted upon CO addition. Cu-based materials are intrinsically more active in CO hydrogenation and profit from exploiting this carbon source for methanol production, whereas CO induces a surplus formation of oxygen vacancies, i.e., the catalytic sites, on ZnO-ZrO2 and In2O3-based systems. Mild-to-moderate deactivation occurred upon re-exposure to CO2-rich streams due to water-induced sintering for all catalysts except ZnO-ZrO2, which responds reversibly to feed variations likely owing to its more hydrophobic nature and the atomic mixing of its metal components. Our study categorizes catalytic systems for operation in hybrid CO2-CO feeds, emphasizing the significance of catalyst and process design to foster advances in CO2 utilization technologies. 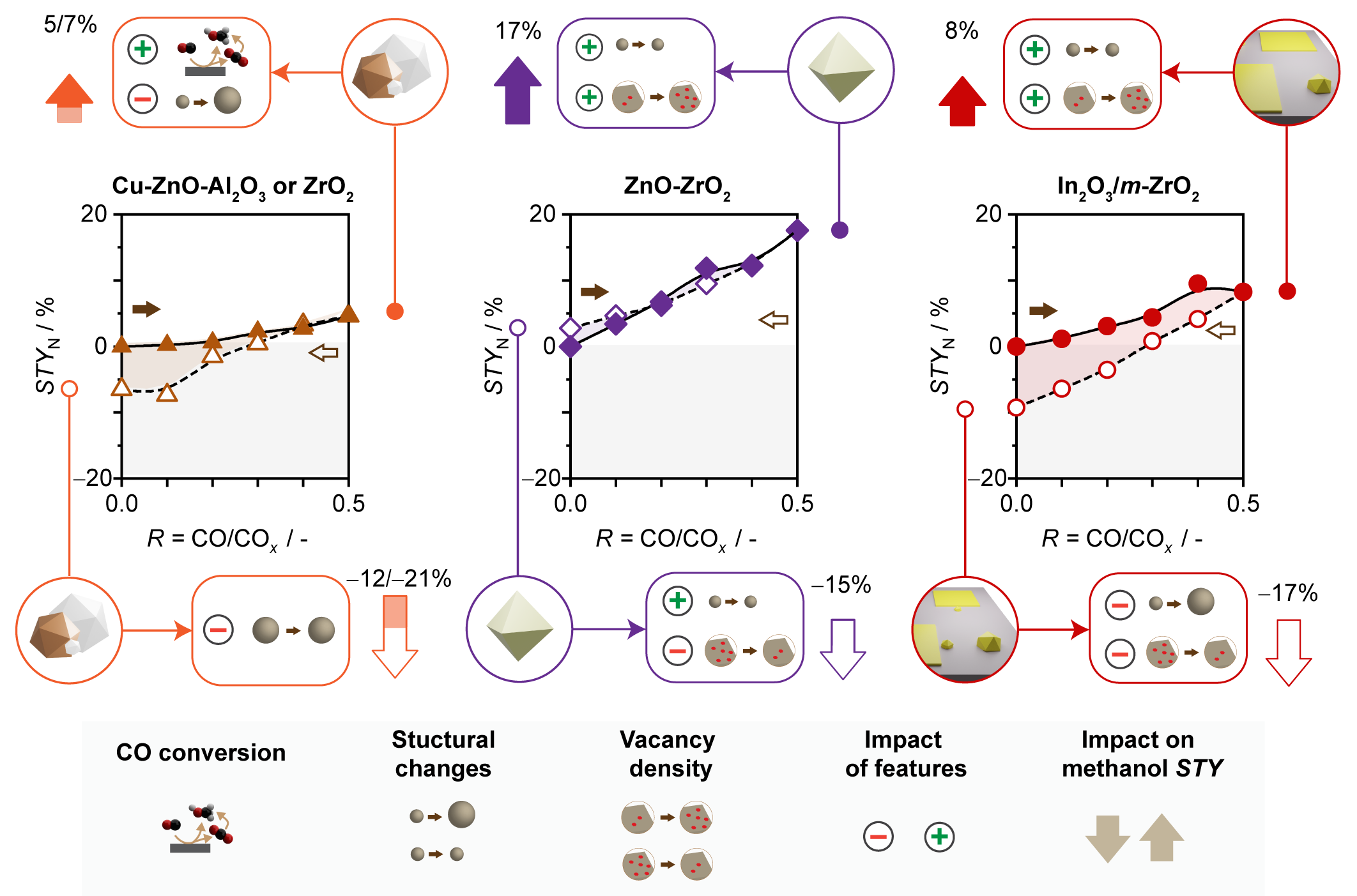