Modern agriculture relies heavily on the use of plastic mulch films to increase crop yields while lowering the consumption of water and herbicides. However, repeated application of films composed of non-biodegradable plastics - primarily polyethylene - leads to accumulation of plastic residues in soils, raising concerns on long-term negative effects. A possible strategy to avoid soil plastic pollution is to employ biodegradable mulch films composed of polymers designed to be degraded in situ by native soil microorganisms. While such products are already available on the market, the environmental chemistry of these films and our understanding of the factors which drive their biodegradation in soils remains poorly understood.  To overcome this knowledge gap we are performing long-term incubations of two selected commercially available mulch films - composed of polybutylene adipate-co-terephthalate (PBAT) and poly lactic acid (PLA) - in three Swiss agricultural soils at three scales – laboratory, greenhouse mesocosm and field. In this contribution, we will discuss the experimental setup and show results of film biodegradation over the first months of the incubation, as determined by quantification of the residual polymer using Soxhlet extraction of the soil followed by quantitative 1H-NMR[1]. We will discuss differences in the biodegradation between soils and scales and assess key soil and polymer factors that control rates and extents of biodegradation of these films. 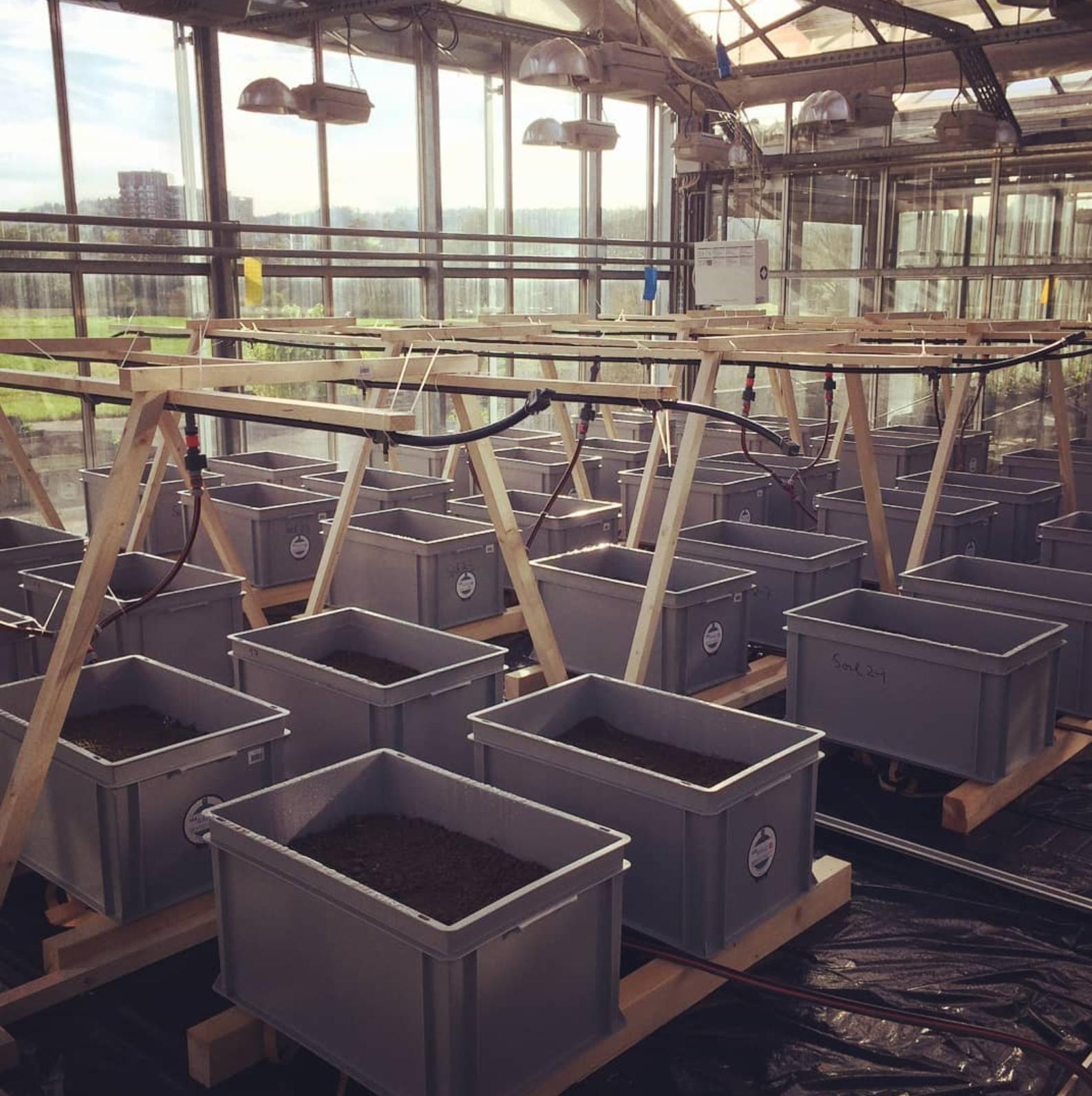