One of the main challenges chemistry currently faces in the transition to a sustainable economy is the activation and functionalization of small molecules, such as N2, CO and CO2, which requires multi-electron transfer processes. Low oxidation state uranium compounds have shown high reactivity in these transformations, but multimetallic complexes are often required, as uranium predominantly undergoes single electron transfer processes.1 Recently in our group, the use of siloxide ligands allowed the isolation of two diuranium(III) complexes, which were bridged by a nitride or by an oxide, and both showed remarkable but different small molecule reactivity.2,3 Besides the linker, also the ancillary ligands were shown to have an effect on the reactivity in a comparison of silylamide and siloxide ligands in nitride-bridged complexes.4

In this work, we continued to study silylamide supported complexes, resulting in the isolation of an oxide-bridged diuranium(III) complex.5 Reactivity studies showed that the U–O bond is easily broken upon substrate addition, resulting in the delivery of a masked U(II) and a U(IV) terminal oxo co-product. The masked U(II) can effect cooperative single electron reductions of pyridine and bipyridines, affording unique examples of diuranium(III) complexes bridged by redox-active ligands, which can act as electron reservoirs. Furthermore, the masked U(II) is also able to effect multi-electron reductions of diphenylacetylene by two electrons and of azobenzene by four electrons.6 This reactivity was shown to correspond to the reactivity displayed by the previously reported U(II) complex [K-(2.2.2-cryptand)][U{N(SiMe3)2}3], showing the first example of a “clear-cut” single metal four-electron transfer in f-element chemistry.

These results provide new insight into how uranium can be used in multi-electron transfer processes, essential in the activation of small molecules. 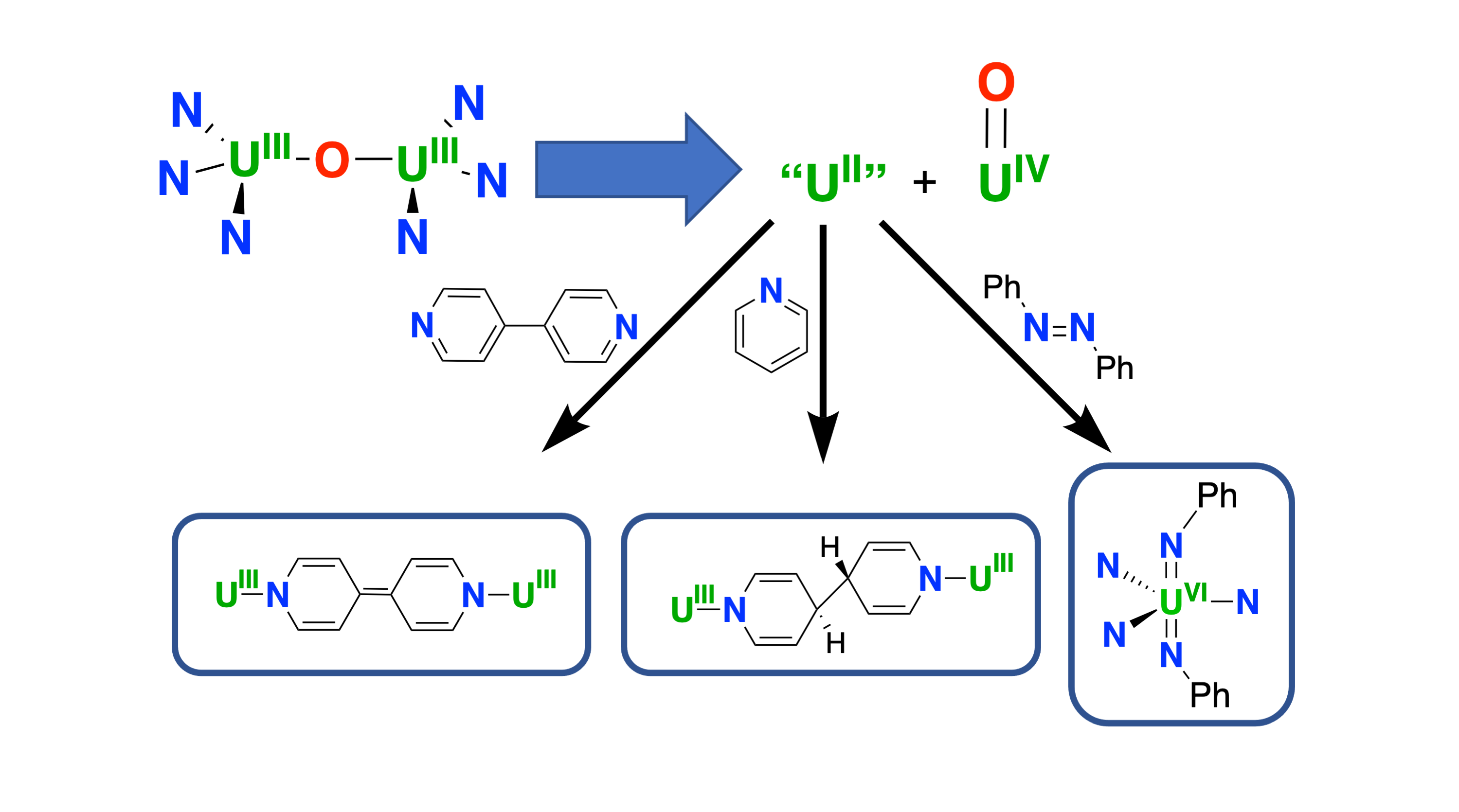