The development of novel strategies to disrupt symmetry at a molecular level is a longstanding pursuit within the organic chemistry community. Despite their importance in many biological active molecules, the asymmetric construction of all-carbon quaternary centers represents a major challenge for synthetic chemists. Acyclic systems are especially challenging due to the greater degrees of freedom, and steric congestion at the stereogenic center. Strategies involving both single and multiple C-C bond-forming events per chemical step have been developed, but sensitive reagents and careful temperature control are typically required.[1,2,3,4]

Here, we present the enantioselective synthesis of α-aryl-β-substituted amides bearing an all-carbon quaternary center.[5]  The reaction proceeds via a radical cascade Smiles rearrangement triggered by photoredox catalysis where a sulfoxide group serves as a chiral auxiliary before being expelled as SO. The a-all-carbon substituted amides obtained in this process are prevalent in pharmaceuticals, agrochemicals and bioactive natural products. Further, they can be transformed, in a single additional step, into highly valuable chiral building blocks difficult to obtain by other methods. 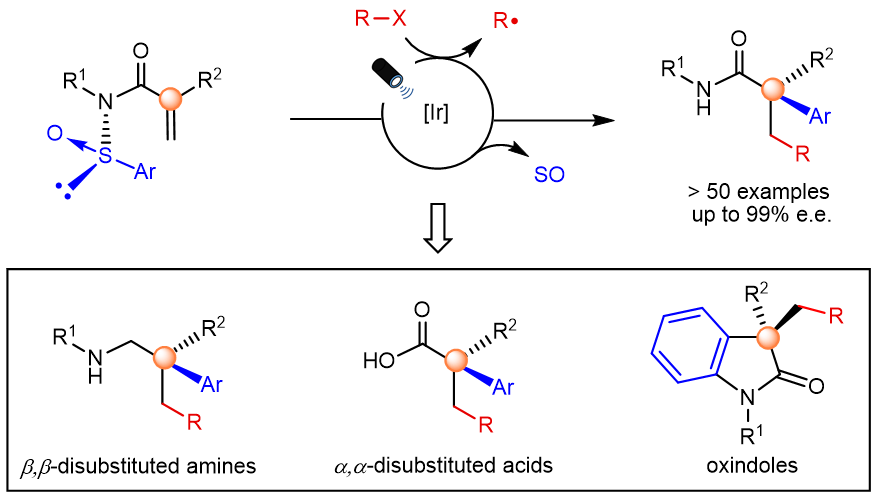